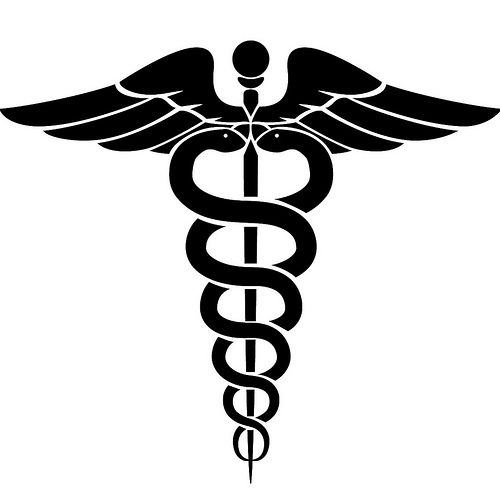 I’ve gone to the emergency room once in my life. And it was a year ago today.

This is that story…

So last summer, for a few days, I kept having these shooting pains in my side. At times, they weren’t so bad. At other times, they were terrible. So I sought medical advice (although it was from people I know, and none of them are doctors.) I was “diagnosed” with kidney stones, appendicitis, ulcers, Crohn’s disease, and a host of other ailments.

After a couple of days of these shooting pains, I decided that I shouldn’t ignore them anymore and went to urgent care.

At urgent care, the doctor looked at me, heard my symptoms and told me that she thought I had diverticulitis but that she didn’t have the necessary tools to know for sure. She sent me to the emergency room. “You should be able to just walk in.” The Doctor said. “I’ll call ahead and tell them that you were here.” (lies)

So I went to the emergency room nearest to the urgent care location.

8:30 pm
As I parked my car, I couldn’t help but chuckle at the situation. Comedian Brian Reagan has a stand up bit about going to the emergency room where he talks about how awkward it is to drive yourself to the ER. As someone who’s done it, I can tell you that he’s absolutely right. It does feel awkward. “If it were truly an emergency, would I even be able to drive?”

I tried to get ahold of my mother to tell her what was going on, but she wasn’t answering. So I continued to wait in the waiting room of the ER. They asked me things like, “on a scale of 1-10, how much pain are you in?” In all honesty, at that specific time, the pain wasn’t really bothering me so I said I was like a 4.

You might be asking, “If you weren’t in pain, why were you a the emergency room?”

BECAUSE URGENT CARE TOLD ME TO GO! As far as I was concerned, I had diverticulitis (which, in the course of my wait, I had looked up. It doesn’t usually effect otherwise healthy men in their mid-20s. Then again, I’m not a doctor.

So I continued waiting and eventually my mom returned my call. I explained the situation.

Mom: “So you’re at the Ohio State University Medical Center?”

Me: “But I’ve already been waiting for over an hour!”

Mom: “Insurance won’t cover you at St. Anne’s. You have to go to Ohio State.”

So the call ends. I’m thinking, “If she had just answered the phone when I called, I wouldn’t be in this situation.” So I asked one of the people at the front desk about insurnce. She said it was fine. So I called my mom to tell her that.

Mom: “No. You’re not covered. You have to go to Ohio State.”

Me: “But the lady who works here said I’d be fine.”

So my mom and I continued to “discuss” options as the emergency room finally called my name. And instead of getting treated for what, as far as I knew, could have been the bubonic plague riddling my body with death, I had to tell them I was leaving. When you check-in to the ER and then leave before they treat you, they make you basically sign your life away. So I did, and left. I kept the bracelet with my name on it as a badge of honor.

By this point, my mom was on her way to the first hospital to meet me so we could drive the 30 or so minutes to the second hospital.

11:30 pm
So we get to the hospital at Ohio State and I again have to go through the process of checking in. We’re greeted at the desk by a lady who was way too upbeat to be doing what she was doing. I was given a second wrist band, and again asked to rate my pain. I was still actually feeling pretty good so I said “around a 4.”

You may be wondering: “If you were still feeling good, why did you go to a second emergency room?” Well I still thought that I might have somtehing and I was already too invested in this excursion not to get some answers.

One young woman who was in another room was wailing. I’m not sure if she was under the influence of something (possibly bath salts) or if she was delirious from pain, but she was not a happy camper. Considering that it was the beginning of July, I sensed that it was fireworks related. As an aside, even if you’re feeling decent, it’s tough not to feel a bit disconcerted in the emergency room when you hear someone screaming and crying out as if a medieval torture device is being used on them.

So I kept waiting and waiting. They needed a urine sample (which I would have gladly provided had I not recently gone at the other ER. The keg had been cashed.) Although they did take a blood sample as various hospital staff assessed me.

2:00 am
My mom was starting to get tired and I felt bad for her being with me so late into the night so I told her that I’d be fine if she wanted to go back to her house and get some sleep.

Shortly after my mom left, I finally had that glorious moment when I got to see the doctor. It was a woman. I don’t say that to be sexist. Obviously, I realize that women can be great physicians. But it was a bit awkward to explain my symptoms to a female.

Me: “Well. I’ve had these craps that have been really uncomfortable. I’ve also felt really bloated and my back hurts.”

I was waiting for the doctor to say, “Well isn’t THAT heartbreaking” as she threw a tampon at me and told me to suck it up. Fortunately, she was a bit more empathetic than that.

3:10 am
Later, another doctor came to talk to me. Seemed like a cool guy. I speculated that he had probably been in a fraternity as a college student. He told me that it didn’t make sense that I could have diverticulitis and that my blood was really good and that there weren’t any obvious issues. He told me to keep an eye on it.

So then they checked me out of the hospital. They give you a write up of what was done and the doctor’s instructions. Since I didn’t have anything apparently wrong, for the final report, they wrote that I had been diagnosed with “belly pain.”

THEY DIAGNOSED ME WITH BELLY PAIN!

They might as well have said that I had a tummy ache! I thought, “Well that’s embarrassing.” Relatives and friends asked if I was okay.

“What did the doctor say?” They’d ask.

Seriously, belly pain? And it was in like quotes.

The patient has: “belly pain.” The “” basically made it say “He actually has nothing but we’re going to humor him.”

You obviously don’t want there to be something terribly wrong when you go to the ER, but it’s kind of weird to feel like you’ve gone for absolutely no reason (although I had been told to go there by an actual doctor.)

So what was causing the pain?

I never found out. It just sort of got better. The doctor speculated that I may have pulled a muscle in my abdomen. And even though nothing was wrong (thankfully), I do appreciate all of the hard working doctors who saw me that night.

And that’s the story of the time I spent 8 hours between 3 different medical facilities to find out that nothing was wrong.

Other posts:
7 songs I’m ashamed to admit that I secretly love

My most important leap