It’s interesting to look at photos from the beginning of World War I. They look like they could be from the Napoleonic Era. Yet by the end of the war, armies were fighting with airplanes and tanks. The world changed. World War I set the stage for World War II. With the tensions of the war and an impoverished Russia helped lead to the collapse of the Romanov Dynasty. The result was communism in the newly formed Soviet Union. The Ottoman Empire, which had lasted since the Middle Ages, collapsed. To the victor goes the spoils, and as oil was starting to become more important, imperial European nations took advantage of the Middle East. But a casualty of the fall of the Ottoman Empire was the relative stability of the region. As a result of the war, the League of Nations was created as a precursor to today’s United Nations.

In the generation before the war, most of the fighting in which European armies had engaged was in imperial skirmishes against opponents with inferior equipment. The conventional methods used in World War I had not caught up with technology. A war that started in the summer, and which most of Europe thought would be finished by Christmas trudged on for four years. Causalities were on a scale never before seen in human history.

Perhaps the war was inevitable and was bound to happen. Nations were locked into treaties with other European countries. All that was needed was a spark to ignite the powder keg. That spark happened on this day 100 years ago when the heir to the Austro-Hungarian throne, Archduke Franz Ferdinand was assassinated. There had been numerous other political assassinations in the generation leading up to the war, but the results of this event were catastrophic.

World War I did not begin that day. For many in Europe, the realization of a war would not set in for a few more weeks. But diplomatically, it set a chain of events into motion which led to the war.

But why did this man’s death matter so much?

The factors are complicated. European countries had shifted between various alliances since the 1870s. In the 7 years before the war, there had been conflict in the Balkan Peninsula. Austria-Hungary wanted to contain Slavic tensions within the empire. There were those in Serbia who wanted a untied Serbian nation.

It wasn’t because he was beloved by his family. In fact, the emperor of Austria-Hungary saw his death as divine retribution for marrying a woman who was of noble (but not royal) lineage. They were visiting Sarajevo in Bosnia-Herzegovina, which the Austro-Hungarian Empire had annexed at the turn of the 20th century. This was not a place which was friendly to the empire. It also bordered Serbia which had seen significant growth in size as a result of the Balkan Wars where Serbia and other Balkan states had military success against the Ottoman Empire. The growth of Serbia posed a threat to Austria-Hungary. But as a result of the growth of Serbia (gains made in 1912-13), there military was having organizational issues in an expanding nation. The timing and the fact that their growth posed a threat to Austria-Hungary led an opportunistic Austria-Hungary (backed by Germany) to make a series of demands to Serbia. It was not the Serbian government who shot the archduke, nor was it a governmental conspiracy. But Austria-Hungary blamed Serbia anyway. The government officials in Austria-Hungary knew that the demands they made to Serbia were impossible for Serbia to agree to. The demands (called the “Ultimatum”) would have completely undermined the sovereignty of Serbia.

Russia sided with Serbia (and they were opposed to Austria-Hungary). They had done little to help Serbia in the Balkan wars. Originally, they had wanted Serbia to accept the demands. Russia was united to the Serbians and many of the other Balkans nations because they were all orthodox Christians. Russia had a strategic interest in having good relations in the Balkans for access to ports. Russia threatened war against Austria if Austria went to war with Serbia. But Germany had a treaty with Austria-Hungary. Germany needed to be loyal to that treaty as Austria-Hungary was their strongest ally in Europe. So Austria fighting Serbia would lead Russia in which would lead Germany in.

France was less definitive as tensions escalated. Germany did not want to fight a war on two fronts, so they had devised a plan (which had been in the works for years) to strike France first, and to take them out of the war before Russia could mobilize so that the entire German army could fight Russia. Part of the rationale for this was that Russia’s army had poor organization and infrastructure and would take longer to mobilize. Since Germany needed to strike France quickly, the fastest way was to go through neutral Belgium. The United Kingdom had already pledged to support Belgium in the event of an invasion, so the Germans trying to attack France through Belgium brought Britain into the war (and obviously, France).

So what began as an assassination of a largely despised heir engulfed all of the major European nations in a span of about five weeks. 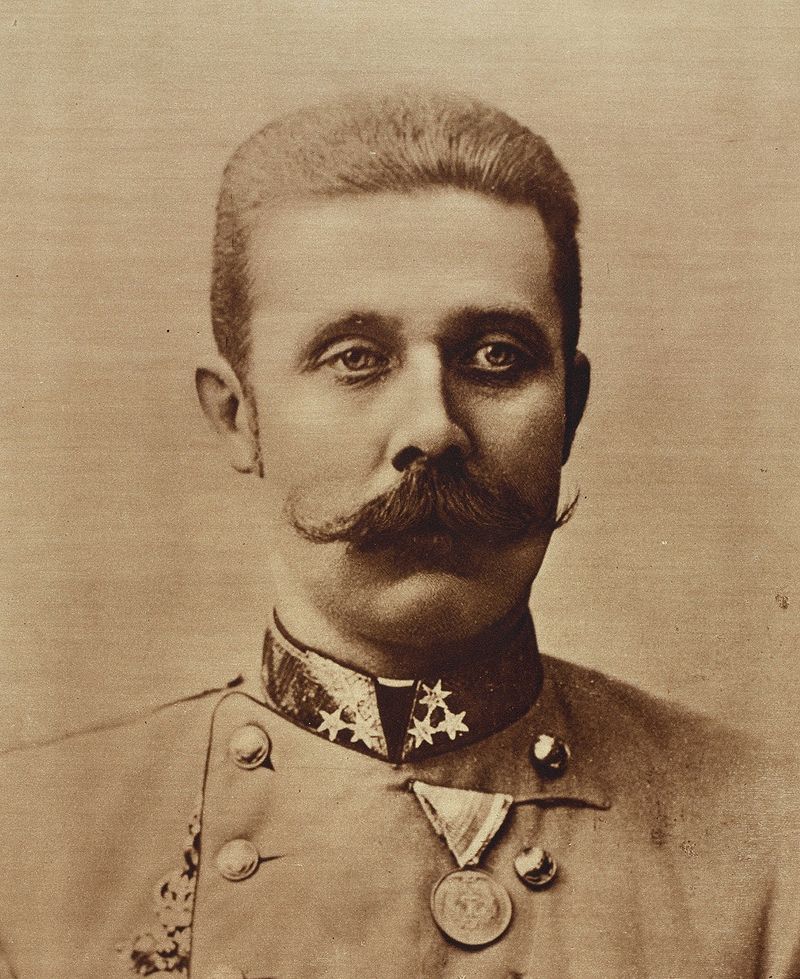