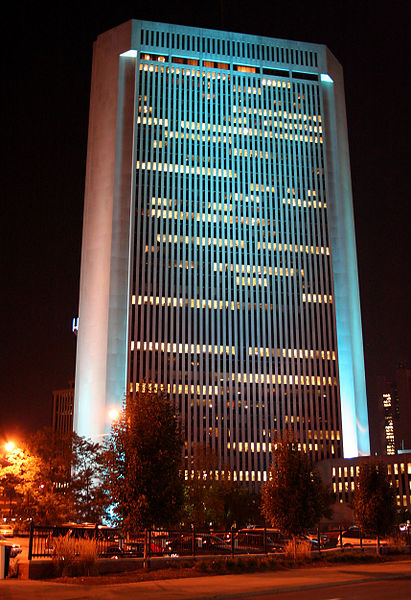 Once upon a time, I had a menial job working for a very large company. I don’t want to name names so I’ll just make something up. Let’s say the company was called “Stationwide.”

So I originally interviewed for a company who did hiring for Stanionwide and they brought me back in for a second interview. After that they said, “Thanks but we don’t like you.” (They didn’t actually say that they didn’t like me but they hired someone else). But a couple weeks later, the position opened back up and I started training. It seemed like fate.

But four weeks later, my assignment was terminated. That was really disappointing. I had never experienced anything like that before. While it wasn’t performance based or because I had done anything wrong, I was done. If you’ve never lost a job like that before, it’s rough.

But a week later, I was actually placed into another position with the same company. For the second assignment, I was told from the beginning that it was not meant to be a permanent position. And so I started my second position with Stationwide. The job was really boring and menial, but I didn’t really care.

I vividly remember a conversation with a few friends about how useless and expendable I really was and how the job that I was doing didn’t even seem necessary.

This is the story of the day Stationwide figured that out.

When I came to the office, my boss set a card down on my desk. I thought “That’s strange… What could this be for? My birthday is in October…”

So I open the card. It was a thank you card, signed by most of the team. Again, that seemed strange. I see the first signature “thanks for all of your help.” This doesn’t concern me. I see the second signature. It ends with “Good luck.”

Good luck? You know who you say “good luck” to? People you’re not expecting to see on Monday! Possible scenarios were racing through my head, but there seemed to be only one possibly explanation for the card: it was going to be my last day. But I still hadn’t been told this.

A little bit later, after stepping away, I returned to my desk and one of the people on the team asks “So what do you have planned next?” And I’m thinking, “I haven’t even been told I’ve been let go yet!” For a brief moment, I thought I was going to cry. Not because I cared so much about the company. But when you realize that everyone except you knows you’re about to lose your job, it’s a very awkward feeling. Especially when I had figured out that Thursday was going to be my last day within my first 15 minutes of being in the office, and then had to work for several hours.

I assume that their usual means of informing people that their employment has ended is not a card which leads into a series of mind games where they rationalize that they’ve been released.

That’s like how the guy in Saw would fire someone!

But I’m pretty sure that’s not how they usually do things. I feel like someone was probably supposed to give me a heads up that Thursday would be my last day. But no one ever did.

It’s a wonder that a stereotype exists of large companies that they’re heartless and don’t actually care about their people.

If you’ve never been fired a second time, it’s not nearly as bad as the first time. I’m not bitter because I don’t take this personally. I tried to do the best I could do with the resources I had to complete the tasks I was hired to complete as I had been instructed to complete them.

There was a silver lining in that day. Before I had started my first job with Stationwide, I had known I had wanted to go to graduate school, but then I started to put the idea off. Then BOOM. I was let go.

In that week between my two jobs, I had decided I was going to apply for the Master of Divinity program at Trinity. And then a new job fell into my lap. I started my program at Trinity’s extension site in Columbus, knowing I would eventually have to move to Illinois. But I got comfortable, I was starting to want to put off the idea of moving to Chicago for another year or two. BOOM, let go AGAIN.

When I realized I was about to lose my job, I was texting some friends (why not, what were they going to do? Fire me?) And before I had left the building that day, I had made up my mind that I was going to move to Illinois for summer classes.

And I never looked back.

That was two years ago today. It was frustrating at the time, but I really believe that God sometimes closes doors on us. And just when I was about to get complacent and procrastinate, I feel that he gave me such a clear push to be where I was meant to be.

One other thing was for sure. Stationwide was not on my side.