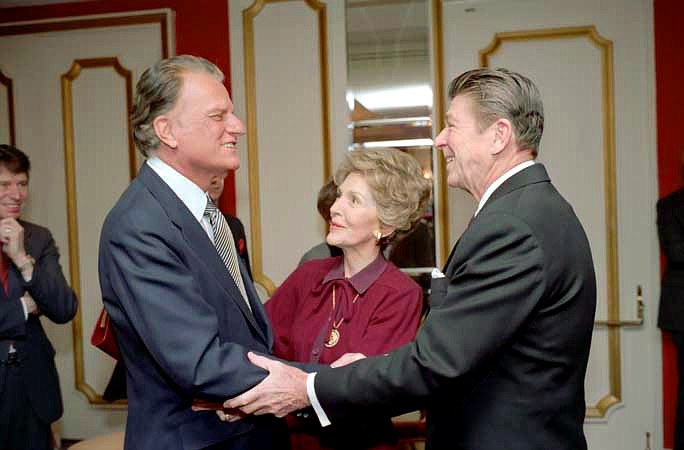 There’s an online petition that’s gathered thousands of signatures in favor of doing just that. The petition currently has over 71,000 signatures and the numbers are surging.

It was a man telling the world about someone greater than he.

So the idea of having a holiday named after Graham doesn’t honor his legacy. It goes against what he stood for. It’s too aggrandizing.

From reading comments on change.org, many people talk about Graham’s impact (indisputable) and have this sense of Graham “deserving” this honor.

If you want to honor Billy Graham and what he stood for, tell someone about Jesus.

Lets get a National Holiday for Billy Graham!! Mr. Graham preached the Gospel to more people in live audiences than anyone else in history—nearly 215 million people in more than 185 countries and territories—through various meetings, including Mission World and Global Mission. Hundreds of millions more have been reached through television, video, film, and webcasts. Mr. Graham’s counsel was sought by presidents, and his appeal in both the secular and religious arenas is evidenced by the wide range of groups that have honored him, including numerous honorary doctorates from many institutions in the U.S. and abroad. Help us with our cause of setting a national holiday to remember this great man.

Undoubtedly, many non-Christians oppose this arguing “separation of church and state.” And to their point, I think it’s highly unlikely that this holiday would come to fruition.

But even for Christians, we should not be concerned with lionizing mere men.