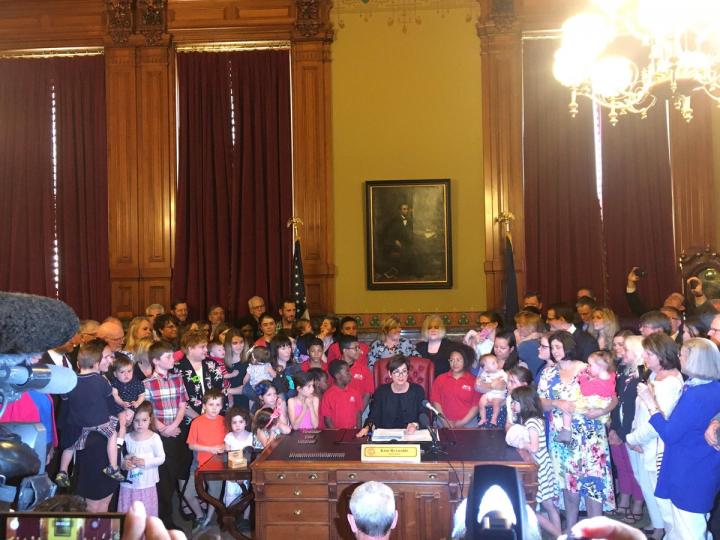 Yesterday, Iowa governor Kim Reynolds signed a bill into law that will ban most abortions in that state. The law, which passed the Iowa house 51-46 .

The new law will ban abortions after a fetal heartbeat can be detected (roughly six weeks into gestation). This is the most restrictive abortion law on the books in the country. Some women don’t even realize they’re pregnant prior to six weeks. This new law gives a very short window when a pregnancy could e terminated in Iowa.

This law is facing backlash and criticism from abortion advocates.

In an official statement, governor Reynolds:

“I believe that all innocent life is precious and sacred, and as governor, I pledged to do everything in my power to protect it…I understand that not everyone will agree with this decision. But if death is determined when a heart stops beating, then doesn’t a beating heart indicate life? For me, it is immoral to stop an innocent beating heart. For me, it is sickening to sell fetal body parts. For me, my faith leads me to protect every Iowan, no matter how small.”

The law will undeniably face legal challenges and could potentially go before the supreme court.

I applaud the Iowa governor of Iowa and the state’s legislature as they make a law that will protect unborn babies in their state.