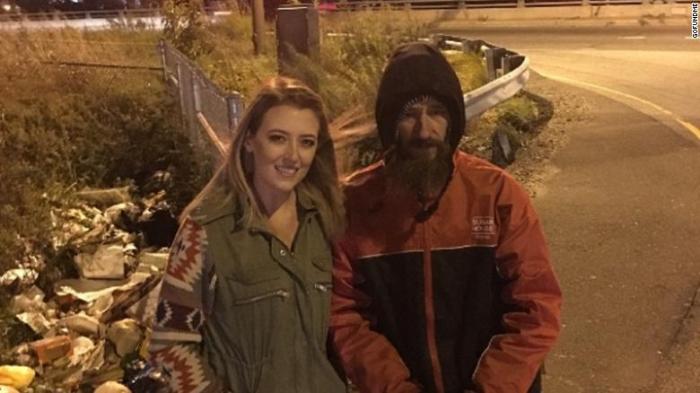 This story is a fantastic illustration of the power of greed.

If they had just split the money, no one would have ever known!

I remember hearing about this when it happened. A nice story of a woman running out of gas in a dangerous part of Philadelphia. A kind hearted, homeless veteran saw her plight and went to get gas for her, spending the last $20 he had to buy gas for the lady.

And so the lady setup a GoFundMe account to raise money in order to help get this selfless veteran back on his feet.

But things took a turn earlier this year.

The homeless man (Johnny Bobbitt) sued the woman and her boyfriend (Kate McClure and Mark D’Amico) for not giving him the proceeds of the GoFundMe campaign.

At the time, people had mixed opinions. “You can’t just give a drug addict hundreds of thousands of dollars,” to “it’s his money.” There were allegations of the couple using some of the funds for themselves. GoFundMe promised to make it right.

And then today, the couple AND Bobbitt are being charged with theft by deception. After an investigation, the authorities claim that the whole thing was made up! If convicted, they face up to 5-10 years in prison, according to CNN.

GoFundMe has said they’ll refund the money that people donated. While the average person spent just $28 in this scam, I feel that what these people did is just as bad as robbing someone. They took people’s money by creating a ruse that preyed upon the good nature of people.

GoFundMe is not above reproach. It’s not a perfect site. And there are certainly frivolous things which raise money on that site. But it’s also been a life changing blessing to many people in need. And this scam hurts the credibility of GoFundMe.

It’s poetic justice that people who scammed others also tried to scam each other. Like I said in the beginning, had they just split the money amongst themselves, no one would have known!

Josh Benner is the associate pastor at Cornerstone Evangelical Free Church in Fergus Falls, Minnesota and has a Master of Divinity from Trinity Evangelical Divinity School. He enjoys writing about faith and culture. His hobbies include working out, watching sports, and photography. Josh and his wife Kari live in Minnesota.

Like Loading...
‹ Wrath and judgment – did God command genocide in the Old Testament
Majority of surveyed Christians don’t believe church is necessary ›