Home › Commentary › Best of 2018. #3 Cell phones and the cost of reliving the moment

Best of 2018. #3 Cell phones and the cost of reliving the moment 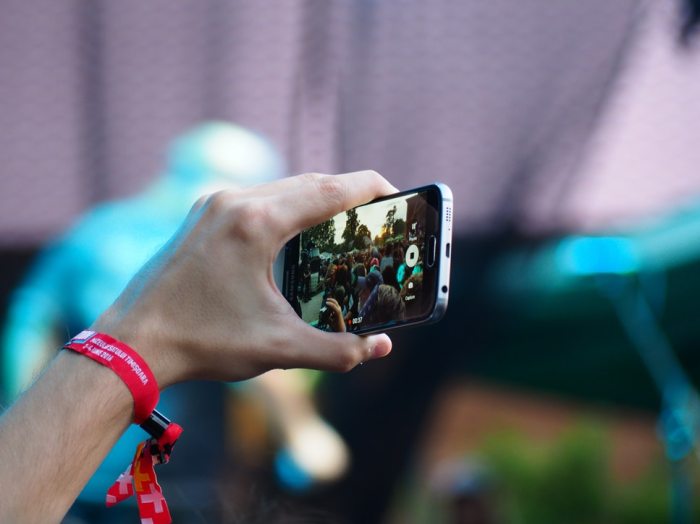 As 2018 comes to a close, I am sharing some of my top posts from this year.

Sometimes we get so caught up in trying to relive the moment that we don’t really live it the first time. 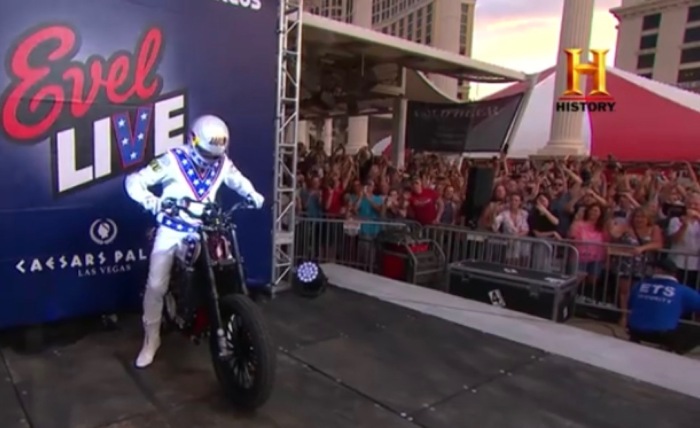 I was watching Evel Live Sunday night, when daredevil Travis Pastrana was breaking some of Evel Knievel’s records. The culmination of the event was Pastrana taking a ramp and jumping the fountains at Ceasar’s Palace, something Knievel was seriously injured attempting in 1967.

Look at this picture.

It’s like a Where’s Waldo for anyone who’s actually watching without looking at this stunt through a screen.

We miss out on so much because we get so focused on trying to capture moments that I worry we don’t really live them at the time. I’m not saying this to judge. I can be terrible with this.

I love photography and capturing pictures. And obviously there’s nothing wrong with pictures. But I feel like our culture (especially my generation and the younger generation), if we don’t have some sort of video or photo of commemorating an event, it’s almost not worth doing. And thats’ a sad thing.

For the people who were at Evel Live, how much time will they really spend rewatching their video? I’m sure they’ll share it on Facebook and Instagram. I’m sure it’ll get likes. But then more things will get shared, and people will forget. And you’ll forget.

There are some great moments where a photo or video will just never do it justice. There are some things that will always be better preserved as a memory. I remember one time when I was in seminary. There was a lockdown on campus (someone had robbed a nearby hotel and there was concern he had come onto campus). I was in class at the time and so the professor had us exit and wait for the all clear in a teacher’s lounge. So what do a bunch of people in seminary do during a lockdown?

We sang hymns. There were a bunch of hymnals in the teachers lounge and we sang various songs. But the one that I remember from that night is “It is well,” one of the most popular Christian hymns in the English language. I don’t have a video of it. I don’t have the audio of it. But to me, the best rendition I’ve ever heard of that song will always be with my class that night.

Was it really that great? Probably not. But in my memory, it sounded almost like an angelic chorus.

Sometimes things are better as memories.

I watched a TED talk a couple weeks ago called “Hello my name is Alecia and I’m a recovering photoholic.” I think she hits the nail on the head when she says that a big part of our obsession with photos isn’t always about capturing a moment for ourselves, but that it’s taking a photo to share on social media just to show people we were there.

Smart phones are an incredible tool that would have been the pride of virtually all of human history. It’s like something out of the future that we have constant connection to the world, news, information, and entertainment in a device that fits in our pocket.

There are rising rates of depression, loneliness, and suicidal thoughts in teenagers and some researchers believe that smart phones are part of the reason in this spike. Smart phones should bring freedom but they often bring self imposed tyranny into our lives. Constantly needing to broadcast ourselves, our thoughts, our pictures and videos. The likes we receive giving us small hits of dopamine, and we get addicted and need more and more.

But it’s not helping us, it’s hurting us.

My point isn’t that we shouldn’t have photos or videos of anything. But do we need them of everything? I see friends who have portraits taking of their kids for a first birthday. Obviously that makes sense. Little kids grow up fast and commemorating moments. For me, I can’t imagine not having photos of my wedding day.

But are the photos we take usually of monumental events?

I’m also not saying that photos are only worth taking on a special occasion. Nor am I judging because I’m terrible with how much time I spend on my phone. It’s something where I see that I need to personally do better. I’ve been trying to do better in the evening at putting my phone away. I’ve deleted certain apps from my phone where I’m prone to spend a lot of time.

I think we need to evaluate the roles that cell phones and technology are playing in our daily lives. I think a good starting place is for us to take more time living in the moment.