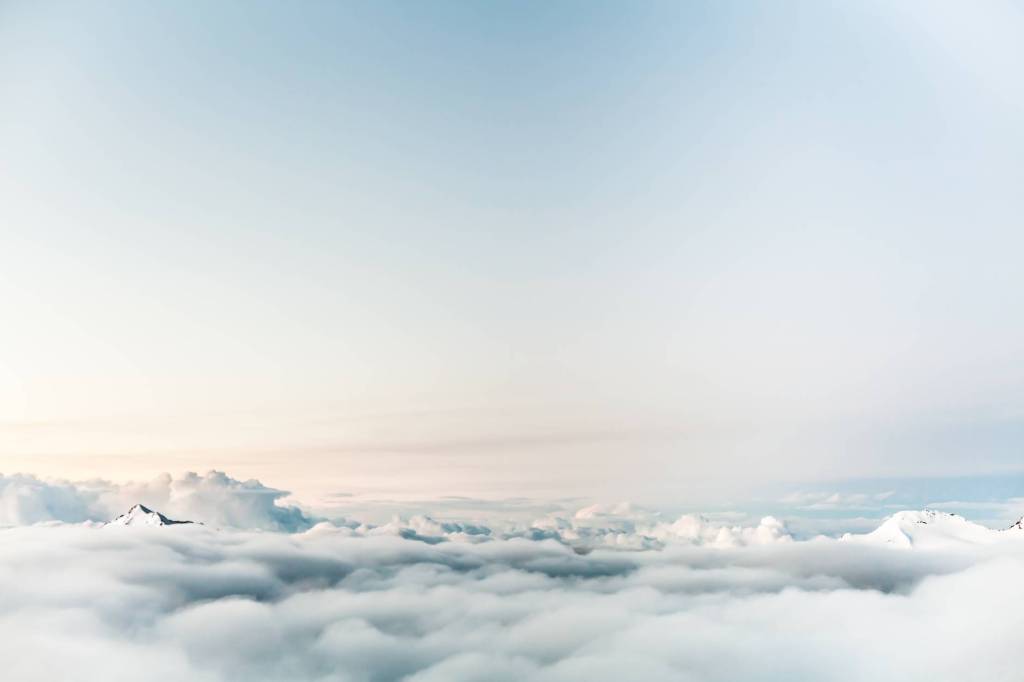 Throughout the Gospel of John, Jesus refers to God as his Father.

In the Old Testament, there were appropriate forms in which to address God and Father was not one of them. The first Jewish person to refer to God as their “father” was Jesus. There are a few texts which refer to God as being the father of Israel. But that’s not how individuals addressed God.

Today, it’s so much a part of our vernacular. It’s so ingrained in our thinking of God as our heavenly father that it can be easy to lose sight of how radical a statement that Jesus is making to the Pharisees. Jesus refers to the God of creation as his father.

But Jesus was making a radical claim and a theologically loaded statement.

Let’s consider several aspects of fatherhood and what that means.

D.A. Carson brings up that when we think of fatherhood, we tend to just think of it biologically. A man and a woman procreate and have an offspring, and the man is the father of the child. I’m influenced on this subject by Carson, Michael Horton, and Louis Berkhof among others.

I want to give five reasons for how Jesus is the Son of God.

In one sense, the fatherhood of God and sonship of Christ relates to the incarnation where the Word became flesh and dwelt among us. Jesus is eternal and uncreated. But he was not eternally a man. In the union of Christ’s humanity and divinity, he was born.

Luke 1:31-32, where the angel Gabriel is telling Mary of the son whom she is to bear.

behold, you will conceive in your womb and bear a son, and you shall call his name Jesus. 32 He will be great and will be called the Son of the Most High. And the Lord God will give to him the throne of his father David

And Jesus was indeed born, as we learn in Luke 2:7: unto you is born this day in the city of David a Savior, who is Christ the Lord

In his humanity, Jesus was born of a virgin, conceived by the power of the Holy Spirit through the will of God.In the beginning was the Word. Jesus always was, but he was not always human.

How can an eternal being be born and fully man is a divine mystery that we cannot fully understand. But he was born, and in that sense, he is the Son of God.

The word became flesh. That’s not saying Jesus simply took on a human body like he was in the driver’s seat of a vehicle, but that he became flesh. He became a man.

So he’s the son of God, incarnationally. But that’s not the only sense in which Jesus is the Son of God.

You also have sonship in a moral sense in the Bible. In the Gospel of Luke, Jesus says:

love your enemies, and do good, and lend, expecting nothing in return, and your reward will be great, and you will be sons of the Most High (Luke 16:35).

In that usage, he’s saying that, in one sense, it is acting like God which makes us like a son.

You did what your father did. You were trained by your father. Some people still go into their parent’s line of work now, and that’s all well and good, but it’s not culturally assumed today that everyone will just follow in their father’s and mother’s footsteps.

But our heavenly father is perfect and righteous. We are not. But Jesus ties acting like our father in heaven to sonship. He does the same thing in the Sermon on the Mount. Matthew 5:9: Blessed are the peacemakers, for they shall be called Sons of God.

And that goes both ways. In Acts 13:10, Paul calls a magician named Elymas a “son of the devil.” Now Jesus is the one who truly is perfect. In his ministry in the world, he truly lived as God because he is himself divine. Fully man, fully divine, and without sin and he is morally the Son of God.

Jesus is the royal Son of God.

In the Old Testament, the kings of Israel in the Davidic dynasty are sometimes referred to as God’s son. The king didn’t refer to God as his father. But he is proclaimed to be God’s Son. We see that in Psalm 2. Psalm 2 talks of the kings of the earth and their opposition to God. But then talks of a king whom God has called his son.

Psalm 2:7: I will tell of the decree: The Lord said to me, “You are my Son; today I have begotten you.

In the Old Testament, this is applied to the Davidic kings. We see this language in 2 Samuel 7 when the temple is dedicated.

But the kings are still ultimately sinful in their leading of the people. In Jesus, he is the true royal son who came into the world and preached of the kingdom of God.

Israel collectively is referred to as God’s son.

Jeremiah 31:9, God calls them his firstborn: for I am a father to Israel, and Ephraim is my firstborn.

Reminder that Ephraim refers to Northern Israel. Exodus 4:22-23, Moses has been sent by God to command Pharoah to free the Israelites.

Moses is told: you shall say to Pharaoh, ‘Thus says the LORD, Israel is my firstborn son, and I say to you, “Let my son go that he may serve me.

With Israel, they had the law and failed to keep it. Jesus kept it perfectly. Moses gave them the law on a mountain. Jesus gave the new law in the Sermon on the Mount.

The Book of Hosea refers to Israel when it says “out of Egypt, I called my son.” That same verse will be applied to Christ in the Gospel of Matthew.

He is the greater Israel.

Genesis 1:26: Then God said, “Let us make man in our image, after our likeness.

Goes on to say in verse 27: So God created man in his own image, in the image of God he created him; male and female he created them.

It’s not until the New Testament that Adam is referred to as a son of God. We see that in the genealogy of Christ in Luke 3:38. Man is created in the image of God. But humanity is also sinful and fallen.

Romans 5:10 says: if while we were enemies we were reconciled to God by the death of his Son, much more, now that we are reconciled, shall we be saved by his life.

We don’t have time to quote the whole passage, but Paul is building an argument.

In verse 12, he says: just as sin came into the world through one man, and death through sin, and so death spread to all men because all sinned

Then he says in verse 17: because of one man’s trespass, death reigned through that one man, much more will those who receive the abundance of grace and the free gift of righteousness reign in life through the one man Jesus Christ.

So what Paul is saying is that sin entered the world through Adam and that Jesus is a new Adam who is without sin and comes bringing grace. Jesus is the greater Adam and the truest example of the image of God.

Colossians 1:15 says: He is the image of the invisible God

Hebrew 1:2-3 says: in these last days he has spoken to us by his Son, whom he appointed the heir of all things, through whom also he created the world. 3 He is the radiance of the glory of God and the exact imprint of his nature

In that sense, Jesus is the true son. I’m giving all of these examples, because Jesus as the Son of God means something. It’s not a haphazardly chosen title.

It points us to the gospel

The sonship of Christ and the fatherhood of God points us to the gospel.

We are God’s children, created in his image who had forsaken God through our sin.

Jesus is the perfect Son of God who was forsaken so we could be forgiven for our sins.

As radical as it is that Jesus addressed God as his father, he invited us to do the same when he taught the disciples how to pray in the Sermon on the Mount.

your Father knows what you need before you ask him. 9 Pray then like this: “Our Father in heaven, hallowed be your name. (Matthew 6:9)

The Apostle Paul says in the opening salutations of all of his letters: grace and peace to you from God our father and the Lord Jesus Christ.

The fatherhood of God is bestowed upon the people of God because Jesus is the true Son of God.

Jesus is the son of God who allows us to be adopted as God’s children and to approach God as our own father.

John 1:12 says: to all who did receive him, who believed in his name, he gave the right to become children of God

The adoption language is used by Paul at the beginning of his letter to the Ephesians.

3 Blessed be the God and Father of our Lord Jesus Christ, who has blessed us in Christ with every spiritual blessing in the heavenly places, 4 even as he chose us in him before the foundation of the world, that we should be holy and blameless before him. In love 5 he predestined us for adoption to himself as sons through Jesus Christ. (Ephesians 1:3-5)

That’s the Good News of the Gospel. The Son of God allows us to call God our father.