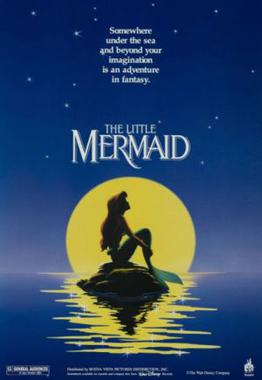 My favorite Disney movie is the Little Mermaid, and part of why I love the movie so much is because of tall of the gospel themes.

The longing of the human soul

Ariel has it all. She’s a princess, she lives in a palace. she’s beautiful, she has an amazing singing voice, great friends, she’s adored. Yet what she really wants is a world that’s above (literally).

While her hope and aspiration is to be part of our world, her understanding of it is imperfect. She finds various items and turns to her seagull friend Scuttle to explain the things of the world to her. He’s well-intentioned but often ill informed as he tells her a fork is used for hair and a tobacco pipe is a musical instrument. We also see her imperfect knowledge of the world in the song “Part of Your World” where she keeps repeating “what do you call ’em?” “what’s that word?”

None of that changes Ariel’s desire to know our world. A world where they walk, where they run, where they stay all day in the sun. Sun is noteworthy in her association with the world as light is a nearly universal religious symbol of truth and righteousness. She desires the illumination of the world above over the dark world of the seas.

Ariel has a loving father, the king, but she is also disobedient to him. She goes up to shore in spite of being forbidden. She complains about her father’s rules in “Part of Your World” when she sings: “Bet’cha on land they understand, bet they don’t reprimand their daughters.”

A deal with the devil

In order to make it to land, Ariel makes a deal with Ursula, the Sea Witch, who’s a demonic figure. Many had come before Ariel and made various deals with Ursula, only to lose and be turned into polyps.

Ariel is betting on herself. But it’s a bet she will lose. She cannot ultimately prevail in becoming part of the world.

Ariel was always a pawn in Ursula’s game. Ursula wants to rule the world of the seas. When Ariel loses her deal, her father Triton intervenes. There’s only one thing that can save Ariel. Triton exchanges himself for her and is turned into a polyp. He sets aside his crown so that Ariel can live.

Ursula is powerful. But she’s not all-powerful. In the end, she is defeated. There’s a resurrection of the people who’s lives she had taken. Triton gives Ariel what she could not give herself. He gives her entrance into the human world. The movie ends like the Bible ends, with a wedding celebration and a choir (only time in this movie) singing: Now we can walk, now we can run, now we can stay all day in the sun. Just you and me and I can be part of your world.

There are great themes in this movie. But it also is just a shadow of the real story. That we are sinful and need grace. Jesus is the one who took the penalty of our sin for us so that we could be forgiven and have our true home in another world.