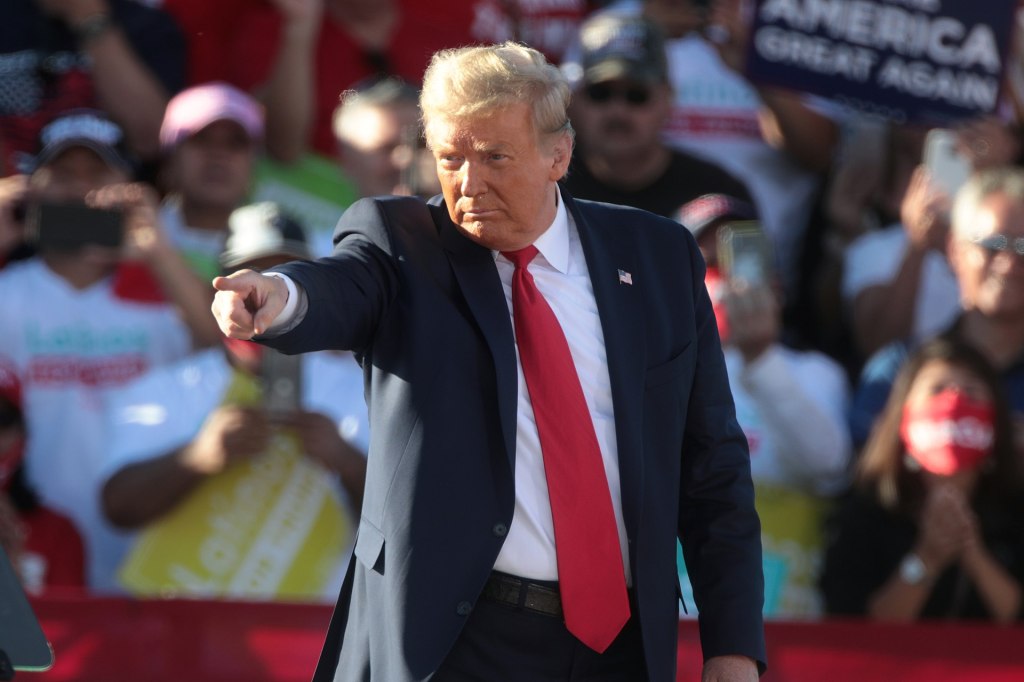 No president is perfect. Even presidents we disagree with have redeeming qualities.

Certainly his rhetoric was often caustic. I believe that Trump won because of his personality in 2016, but that he also lost because of his personality in 2020. He won because he was distinct. While republican candidates in 2016 largely gave the same talking points, Trump was a true outsider. His brashness energized a segment of the American people who largely felt forgotten (and who are still mocked for feeling that way by the media and culture today).

Trump’s toxicity and rhetoric did tremendous damage to his own administration. Yes, the mainstream media did not do Trump any favors. They were partisan and constantly opposed to Trump. At times, it felt like he could have said “the sky is blue” and that that would have ignited a political scandal. But Trump did and said many things which warranted legitimate criticism.

I think he actually did a lot of good things in his administration and governance but he constantly undermined himself with his language.

He said that there were “a lot of very fine people” in the Charlottesville protest. I don’t think there’s any way to justify or explain that away. That was a bad thing and a low point of his presidency.

He regularly publicly vilified members of his own cabinet.

I think the lowest point of his presidency has been the last two months. He continued to beat that drum that the election was stolen from him and that there was massive voter fraud (many on the left said that he stole the 2016 election too. I think both sides were wrong). But in doing that, I think Trump did damage to the Senate and took away the main political rallying point of David Perdue and Kelly Loeffler. While there should have been more of a push to emphasize the importance of the Republicans maintaining control of the Senate, he kept saying that the election was illegitimate and that he would still win. This kept many of his own supporters at home and Perdue and Loeffler both lost in a traditionally red state.

While I don’t blame Trump for the Capitol Hill riot, he did raise the temperature by spending weeks undermining the electoral process. He was slow to denounce the rioting. And I also thought it was shameful of him to call out Vice President Mike Pence (who has been as loyal to him as anyone) for following the constitution in certifying the electoral vote.

There were also legitimate things that he did which I (and I only give my opinion) liked. I liked his Supreme Court picks. I think that’s an impressive legacy to have appointed three justices in one presidential term.

He worked with Israel to help normalize relations between Israel and several Middle Eastern countries.

In general, he’s the most pro-Israel president since Harry Truman. He recognized Jerusalem as the capital of Israel, and moved the U.S. Embassy to Jerusalem. He recognized the Golan Heights as part of Israel. I support those decisions.

Prior to Covid, I believe that his policies and tax cuts had led to a booming economy and a historically high stock market.

And I appreciate Operation Warp Speed. I think it’s easy to act like every bad thing which resulted from Covid in America is squarely Trump’s fault. That to me is a case study in media bias. We hear about how wonderfully Andrew Cuomo handled Cuomo (in a state where they were sending elderly people back into nursing homes). He pushed Operation Warp Speed, where a vaccine was developed in less than one year.

As he’s in the closing days of his administration, there will continue to be those who vilify Trump and paint him as this dictatorial tyrant. He wasn’t.

There will also be those who want to look at him as an almost messianic political figure. He wasn’t.

There was some good, some bad, and a lot of ugly over the last four years.