D-Day teaches us about faithful service 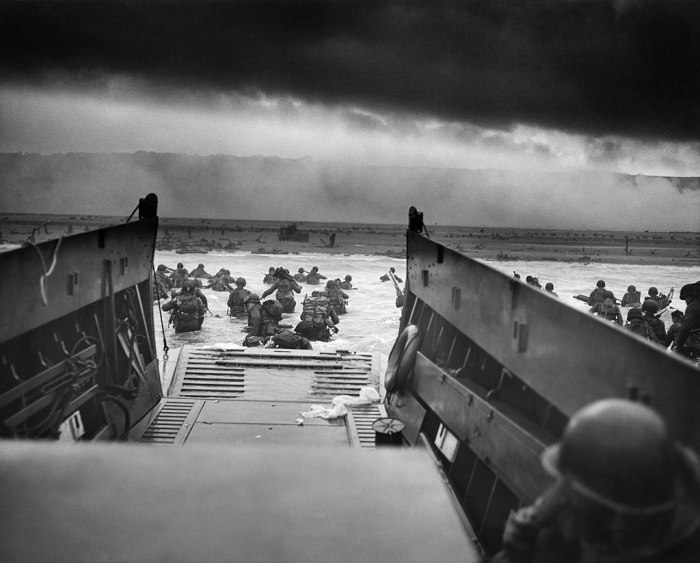 What do baseball hall of famer Yogi Berra, legendary actor Henry Fonda, “Catcher in the Rye” author J.D. Salinger, Obi-Wan Kenobi (Alec Guiness), and Scottie from the original Star Trek (James Doohan) have in common? All were part of the Normandy invasion.
74 years ago today, Allied forces invaded Normandy, France which had been occupied by the Germans.
156,115 men from the United States, Britain, and 11 other countries landed in Normandy during D-Day. More than 4,000 lost their lives. It was, and is – and hopefully always will be – the largest amphibious assault ever undertaken.
The D-Day victory was crucial for the Allied Powers and helped set the stage for eventual victory in Europe. The invasion was so crucial because it it gave the Allied Forces a good access point into continental Europe.
It’s interesting to think about the famous men who had roles in the Normandy invasion. None of them are famous because of Normandy. And unless you’re a huge World War II buff or have a relative who served in that battle, you probably struggle to name anyone who fought at Normandy.
We live in such a “look at me” culture.
But doing great things is not always about the recognition.
Today there are too many people who want glory for its own sake. Not because they necessarily want to do something great but because they want to be thought of as great. There are people who want to be famous for its own sake.
But there are also many who are doing great things. There are doctors who are making new discoveries which impact our health. They’ll never be household names. There are teachers whose names we’ll never hear but who are making differences in the lives of students and impacting students who will impact others and the ripples of that service will be felt in the next generation and in the generation after that. There are innovators who are working to change the world.
Some of these people we obviously will hear about.
But many we won’t.
When kids play backyard football, no one ever pretends to be an offensive linemen. It’s all about being the quarterback, running back, or wide receiver. But to win, you need the whole team. And everyone matters to the team.
I think about this in the church as well. We all have ways to serve. We all have ways how God has gifted us for the sake of building up his church. But everyone has a unique way to fit in. As the Apostle Paul draws an analogy to the human body, everyone in the Church is a part of the body. And the stakes are eternal as we work to spread the gospel, to make disciples, and to challenge, love, and encourage one another.
How are you using the ways how God has gifted you today?
Josh Benner is the associate pastor at Cornerstone Evangelical Free Church in Fergus Falls, Minnesota and has a Master of Divinity from Trinity Evangelical Divinity School. He enjoys writing about faith and culture. He lives with his wife Kari in Minnesota.

Like Loading...
‹ Grumbling: when we forget God’s goodness
The meaning of life and the suicide rate in America ›