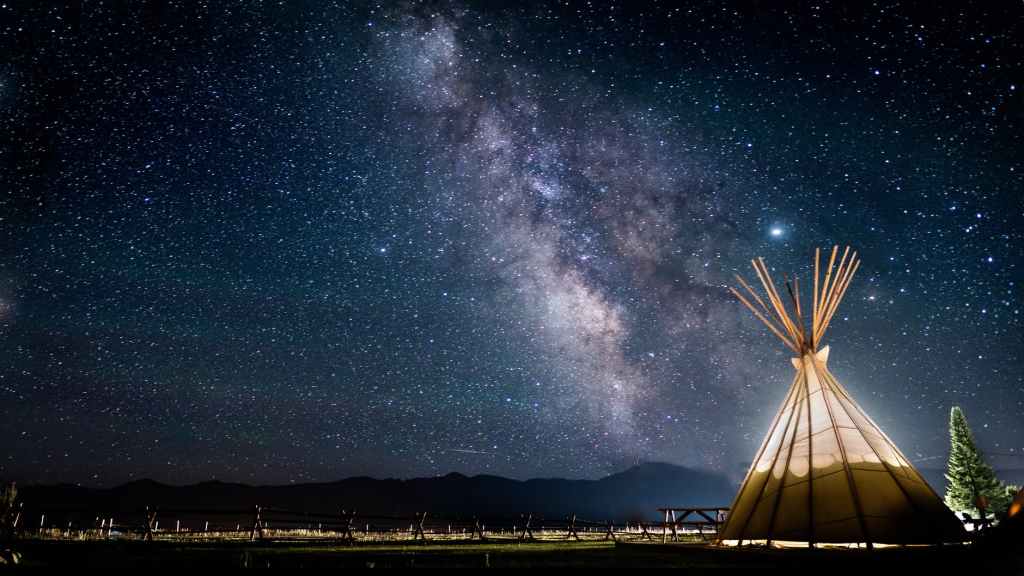 And the Word became flesh and dwelt among us, and we have seen his glory, glory as of the only Son from the Father, full of grace and truth.

In his commentary on John, the late New Testament Grant Osborne says of this verse “In my opinion, this is the single greatest sentence ever written in the history of human language, the deepest theological statement ever written. No finite human being could ever enter the realm of God and join his family. It could only come to pass if God himself were to enter the realm of humanity.”

The Word is referring to Jesus. And it says that Jesus became flesh and dwelt among us.

The God who created the world came into the world to save the world. The eternal God of creation became flesh and blood, skin and bone.

Jesus’ divinity matters but so does his humanity.

It is because of his divine nature that he has the power to withstand and to bear the weight of sin. Our sin is an affront to God and no mere mortal is capable of redeeming himself before a Holy God, let alone redeeming humanity.

But it also matters that Jesus is human because it is humanity that has sinned. And in being fully man, Jesus is like us in our humanity. Jesus entered sinful humanity, though he himself is without sin.

His sinlessness matters because it took a sinless, perfect, and righteous sacrifice to pay for sins. His humanity and divinity make Jesus a worthy sacrifice and atonement for sinful people.

Colossians 1:19 says: For in him all the fullness of God was pleased to dwell

The glory of God came to earth through the Lord Jesus. There’s one word in particular in this verse that brings it to a climactic point in this passage.

The English doesn’t truly convey the meaning of what’s being said here. Let’s take a step back.

In the Old Testament, people originally exist in perfect fellowship with God. That’s what Eden was. It was a holy place. A perfect place. A sinless place.

Because of sin, fellowship with God was tarnished. The unencumbered closeness to God was lost due to sin.

We were no longer holy. But the story doesn’t end there. Throughout the Old Testament, we see God bringing redemption to his people.

God makes a covenant with Abraham. We see God’s continued faithfulness to his covenant.

Again, it represented the very presence of God in the world.  But this was pointing forward to something greater.

When the Israelites entered the land, part of their purpose was in constructing the temple. As the tabernacle had been portable, the temple was meant to be permanent.

The overarching purposes were still the same. Most notably, it was where God met his people in the word. It was his presence in the world. The temple was the place where sacrifices were made.

For the priests, there were specific instructions on what they had to do to prepare to enter into the Temple It was a sacred place.

As with the tabernacle, not just anyone could go into the temple.

The priest couldn’t just go into the temple any arbitrary way they wanted. It was a holy place. The temple was completed during the reign of Solomon

In both places, when the presence of the Lord comes into the temple, people can’t even stand in it because the presence is so glorious.

And that is the significance of John 1:14.

The Word became flesh and dwelt among us, and we have seen his glory.

The word translated as “dwelt” more literally means that Jesus tabernacled among us, that Jesus pitched a tent among us. It’s the same word for tabernacle that was used centuries before Christ when the Old Testament was translated from Hebrew to Greek.

So it’s not simply saying that Jesus dwelt among us. But rather: in Jesus, we see God became flesh and tabernacled with his people.  Instead of a tent or a building, we have a person, we have God himself. The greater tabernacle, the greater temple.

And he’s greater because he’s everything these places were meant to represent. It was only the priests who could go into the tabernacle and the temple. A priest serves as a mediator between man and God. Jesus is the greater priest. It is he who restores our relationship with God.

These man made structures were where sacrifices were offered. Jesus himself is the sacrifice.

And as I’ve said, the tabernacle and the temple represent the presence of God with his people. Jesus is God himself who has come to his people. The word became flesh and dwelt among us.

The Word became flesh and dwelt among us.

It can be be easy to focus on Christ’s glory and divinity to the point where we forget his humanity. But we see his humanity in this passage. The Word became flesh and dwelt among us.

It’s often said of people in politics who have opinions on public policies. We feel like they can’t relate to the average person. There’s the old saying not to judge a person until you’ve walked a mile in their shoes.

Jesus lived a lifetime in our shoes.

Sometimes God can seem distant. He’s a personal God who invites us to know him.

The Word became flesh and dwelt among us.