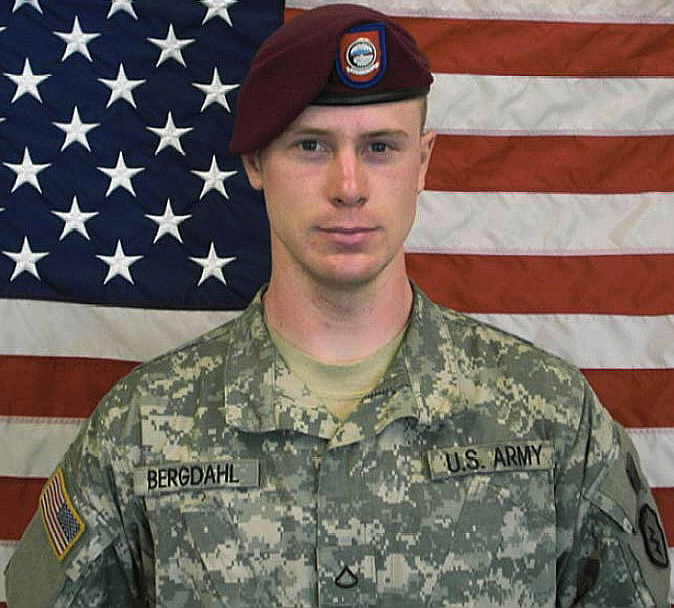 Now! They had to do it now! The administration couldn’t waste time.

THERE’S NO TIME TO FOLLOW LAWS! This hero is dying! He’s too sick, he must be released NOW!

Is it just me, or is it interesting that there was an absolute urgency to release this soldier in the immediate aftermath of the Veteran’s Affairs scandal? The White House DOES care about our troops. They care enough to negotiate the release of five terrorists from Guantanamo.

Hosts on CBS and NBC are celebrating this negotiation as a diplomatic success in relations between the United States and the Taliban.

Chuck Hagel announced that Bergdahl had been released yesterday in Bagram to a hushed silence (start watching the video at the 2:00 mark). No one was celebrating. The man is a deserter. The Obama administration pats itself on the back. Obama talks about how we dont’ leave our men behind. Meanwhile the laws don’t matter. Notifying congress doesn’t matter.

I’ve spent a lot of time reading through Robert Bergdahl’s twitter, and the man is clearly a sympathizer with Afghanistan. He’s following members of Al Quade on Twitter, he’s posting articles that blame America for Taliban insurgent activities and links to Jihadist websites. He’s tweeting prayers that talk about Allah. He’s not some normal American dad. He’s a radical. His son is a radical and a traitor and we’re giving up five Al Quade leaders for this person who did not, as a matter of fact, serve his country with honor.

And now, Bowe Bergdahl is going to come back and will be treated like a hero. He’ll be widely interviewed by the media. He’s a disgrace.

All of this is happening while we have a Marine who, unlike Bergdahl, actually did serve this country with honor. Sergeant Andrew Tahmooressi was in San Diego, receiving treatment for Post Tramautic Stress Disorder. Everything the man owned was in his car and he made a wrong turn 9 weeks ago near the border and inadvertently got into the customs lane. He had (legally owned and registered in America) guns in his car. He was taken into custody and has been imprisoned ever since. He’s an American citizen who made an honest mistake and nothing is being done for him. Meanwhile, we’ll give our nation’s enemies to free a man who became our nation’s enemy when he turned his back on it. And in the process of searching for Bergdahl, six service members lost their lives.

It’s not right. And it’s not something to celebrate.