Skip to content
In 2016, there was a coup attempt against the Turkish government and their president, Recep Tayyip Erdoğan.  Factions of their military launched uprisings in several cities.
The coup failed.
The Turkish government believes that one of the intellectual leaders of the coup was Fethullah Gulen, a writer and former cleric who currently resides in Pennsylvania.
Andrew Brunson is an American pastor who has been serving in Turkey for over 20 years.
In the aftermath of the coup, Brunson was taken into custody for allegedly being involved in the failed coup.
The evidence against him comes from anonymous sources. But the 50 year old pastor faces 35 years in prison for his alleged involvement.
Turkey has expressed intreat in swapping Brunson for Gulen, whom the United States will not extradite.
These are trumped up charges. Brunson is a hostage being imprisoned by the Turkish government for them to try to negotiate for someone they want.
President Trump addressed the situation via Twitter this week. The Turkish government has not accommodated requests from the United States.
Andrew Brunson is a man who has dedicated his life to spreading the gospel in another part of the world. We need to pray for Pastor Brunson, for his family, and for our diplomats and politicians who are working to get this man freed. 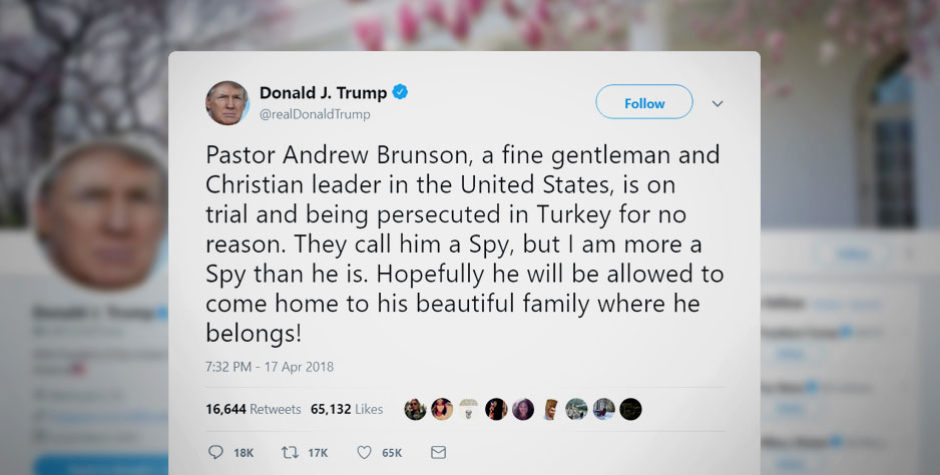