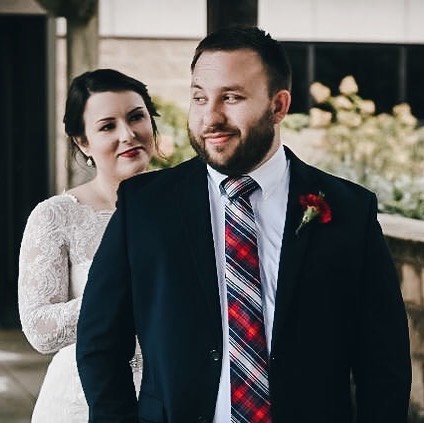 I talked to my wife for the first time two years ago today.

As I reflect this year, the thing that still amazes me is that I woke up that Monday morning, and it was just a typical day. Took care of some stuff for work, went to the gym, helped some friends move. I had no idea that it was one of the most important days of my life.

And I love that.

We met online. I thought she was cute. I never dreamed I’d marry her when I sent that first message. But 147 days later, we were engaged. And just 103 days after that, we were married.

Total strangers to married in eight months. And I would have married her sooner.

I absolutely believe it was providential that we met when we met. At the time, I was living in central Minnesota, not exactly the most populated part of the world. And so when I did searches online, I expanded the range to include surrounding states like North and South Dakota (also not the most populated areas). I went as far south as Missouri.

And then I found Kari. She was living in St. Louis….but actually, she wasn’t.

Kari was living in suburban Atlanta and the rest of her family was in Alabama. Two weeks before we met, in quick succession, her father accepted a position in St. Louis and Kari got out of a relationship (these events happened within a couple days). So Kari was single, living on her own in Georgia, nothing really keeping her there, and her parents asked if she wanted to go to St. Louis too, live with them, pay off some debt. She said yes.

And so freshly single, and looking to move to St. Louis at the end of the spring, she created an eHarmony profile, and listed St. Louis as home, because that’s where she was planning on going.

Had her dad not accepted a job in St. Louis, we never would have met. Had her relationship not ended around that same time, she was looking to move further into Atlanta, sign a lease. We would never have met.

We used to say “hashtag providence.”

And looking back, I still believe it.

I think some people are too quick to give up on relationships because they perceive things as being “too hard.”

I think about everything that came together, everything that fell into place for my wife and I in those eight months. I wouldn’t have believed it could all work so smoothly, if I had considered it all from the beginning.

Living in different parts of the country, it took us almost six weeks to actually meet face to face. So from the day we met, it was more like seven months. In June, through a connection from church, she got an interview (and a job). She moved to Minnesota. We found time to meet each other’s families (different states). We got engaged, planned a wedding (in a different state). We found a place to live (I moved in after the wedding).

If I had considered all of that on the first day I talked to her, I wouldn’t have thought that could possibly all work on that timeline.

And I still would have married her sooner.

We so often underestimate what’s possible. I think our culture (and I can be guilty of this too) gets too caught up in looking at how things currently are and doesn’t consider that life changes and situations change.

Two years ago today, my world was turned upside down. And for that, I will be forever thankful.

Happy anniversary Kari. I love you.