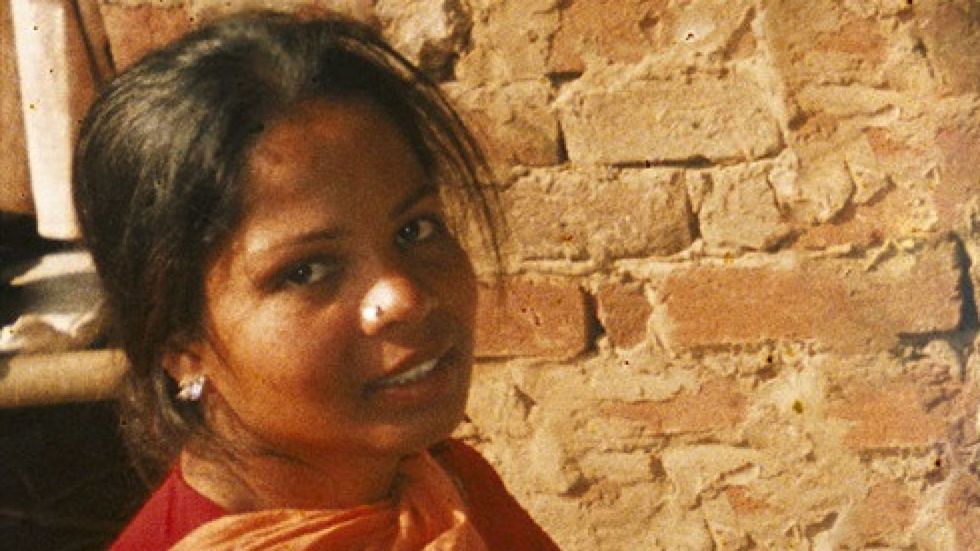 Asia Bibi spent eight years on death row in Pakistan for allegedly blaspheming Mohammad. Bibi is a Christian. In Pakistan, there were protests over her release. At least two politicians who advocated for Bibi were assassinated in calling for her release. There have been protest rallies with thousands of demonstrators, opposing Bibi’s acquittal. There have also been death threats against the Pakistani supreme court justices who acquitted Bibi of blasphemy.

After her acquittal, leaving the country was difficult. Bibi and her husband spent months in hiding.

They’ve finally been able to safely leave Pakistan and reunite with their five children who had already fled to Canada.

According to CBN, at least 65 people have been executed in Pakistan for blasphemy since 1990.

The Bibi case seems like a witch hunt from the beginning. Eyewitness testimonies to her alleged blasphemy were inconsistent. These appear to be trumped up charges against Bibi because of her Christian faith. In the initial story, Bibi had a job harvesting crops. After she drank from a communal water source, the women with whom Bibi was working (who were Muslim) said they could no longer drink from that communal cup because she had made it unclean due to her Christian faith. This led to a confrontation about why she should convert to Islam. Bibi refused, and a story arose that she had committed blasphemy in the process.

Persecution against Christians is on the rise in both scope and severity in much of the world. A recent report at the behest of the Anglican Bishop of Truro notes several examples of persecution that Christians face in Pakistan. Christian girls have been kidnapped and churches have been bombed. Pakistan also has anti-conversion laws which inhibit Christians from sharing their faith. Christians are a small minority in Pakistan, with 1.5-2.5% of the population, and most of those Christians live in poverty. Anti-blasphemy laws are another bane on religious freedom as it creates an easy environment for baseless accusations and persecution against religious minorities.