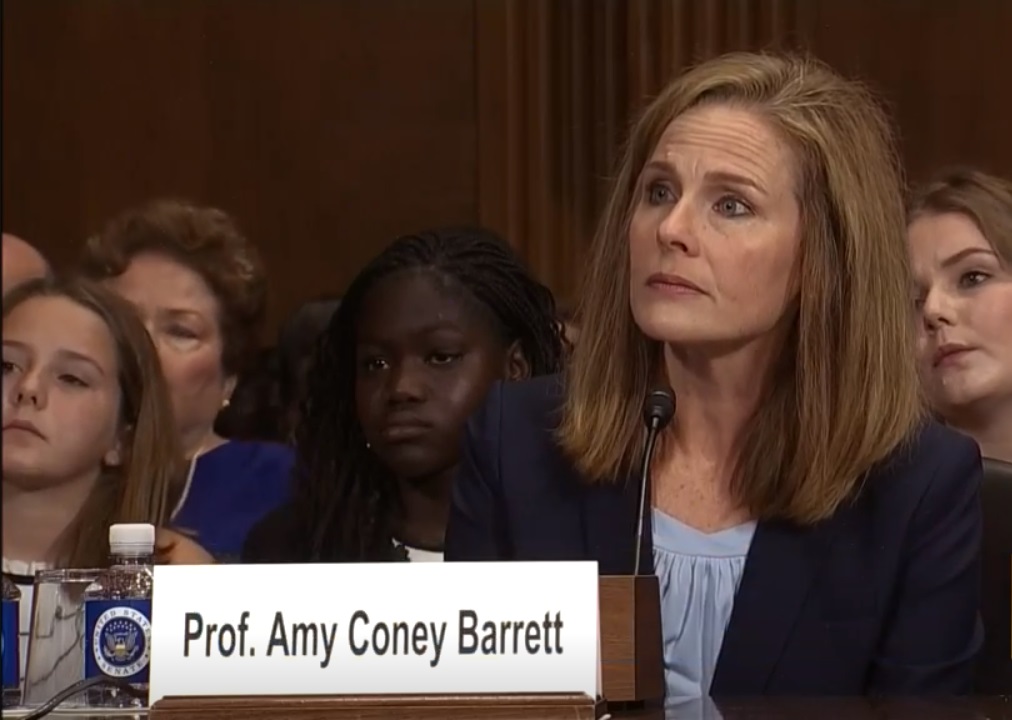 This weekend, President Trump nominated Amy Coney Barrett to replace the late Ruth Bader Ginsburg on the Supreme Court. Coney Barrett is a judge on the 7th circuit court of appeals in Chicago, a law professor at Notre Dame, and a former clerk for former justice Antonin Scalia. She’s also a mother of seven and a devout Catholic and her faith has come into question in regards to her potential SCOTUS rulings.

This isn’t new for Coney Barrett. During her senate hearings to be on the 7th circuit court in 2017, several democrat senators questioned her faith. Dick Durbin (D-IL) asked Coney Barrett if she considered herself an “Orthodox Catholic.” Diana Feinstein (D-CA) stated “Whatever a religion is, it has its own dogma. The law is totally different. And I think in your case, professor, when you read your speeches, the conclusion one draws is that the dogma lives loudly within you, and that’s of concern.”

Her Catholic faith is already coming into question again as her October confirmation hearings rapidly approach. Numerous articles have been written about Coney Barrett’s affiliation with an ecumenical, Charismatic Movement called People of Praise which drew comparisons to the Handmaid’s Tale. On MSNBC, they made it a point to reference the group in a graphic during her nomination. ABC incorrectly claimed that People of Praise inspired the Handmaid’s Tale novel (now TV series). The Guardian wrote about the “authoritarian structure” of People of Praise. And there have been other attacks. And there will be more.

Joe Biden is a “practicing Catholic,” as we’re told. He’s spoken many times about his faith. So is House Speaker, Nancy Pelosi (D-CA). Once upon a time, Nancy Pelosi who once talked about her faith and said “My favorite word is the word, is the word. And that is everything. It says it all for us. And you know the biblical reference, you know the Gospel reference of the word. We have to give voice to what that means in terms of public policy that would be in keeping with the values of the word.”

Major political players who talk about their faith. And the vast majority of democrats in American politics claim a religious affiliation. But it’s Amy Coney Barrett who’s faith must seriously come into question. And the reason for that is because, unlike many of the democrats in congress, she lives it out. Someone who actually has sincere religious convictions terrifies the liberal elites. Because Christian ethics and teachings go against so much of the platform of the DNC.

My point is not to judge the faith of Biden or Pelosi or anyone else in politics. But I will question the actions of leaders who support things which are totally contrary to the teachings of their faith.