Home › Commentary › Parents allowing children to decide their gender: why?

Parents allowing children to decide their gender: why? 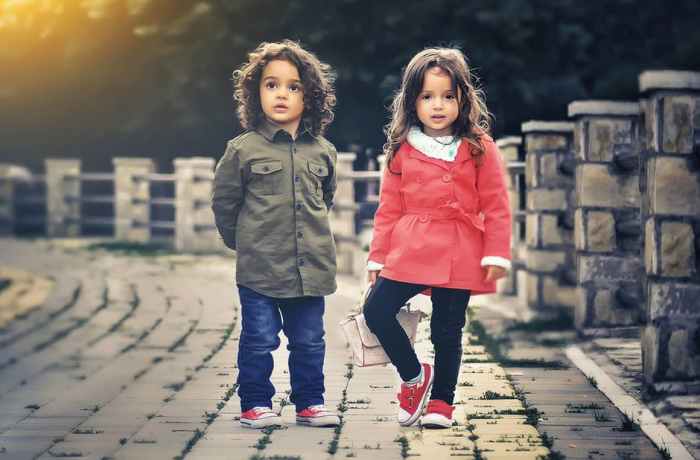 A recent article from NBC talks about a Massachusetts family who are raising their twin boys without a gender. The idea behind this parenting philosophy is to allow the twins to decide for themselves when they’re older.

In the story, the mother made the fair point about how we do have ways how we stereotype little boys and little girls that aren’t always helpful. Many raise girls to be prissy and “girlie,” while boys are raised to be tough and to not cry. These aren’t necessary aspects of masculinity and femininity, on that point, I agree. However to combat those stereotypes, we don’t need to raise children without gender. There are other, healthier approaches.

It’s absolutely unnecessary for a person to take an otherwise normal, healthy baby and to then introduce confusion into their child’s life. Is letting a person “decide” their gender so important?

I hear people talk about how complicated gender is.

For the vast majority of people, it’s pretty simple. And so I return to my question, why introduce confusion? Why introduce additional complexity?

I know to some this seems progressive and enlightened.

I saw a video a few years ago of a British woman who was doing this with her son. It’s heartbreaking.

If your approach to parenting is doing something that society has historically not done and which contradicts the wisdom of human experience: it’s wrong. Raising a child is not the time to try new experiments.

The idea that you can raise a kid without gender and then let them decide their gender is self-defeating.

The idea that you can take a baby boy or girl and raise this child neutral of gender, and later let them decide their gender, it’ll be in the context of them having been raised as unaware to their gender. When they decide which gender they want to be, it’ll be from a context of not having been raised according to a particular gender. It’s not like you’ll decide you want to be a boy and instantly know how to do it. You weren’t shown! You weren’t taught! You were intentionally kept in the dark.

Part of the justification that I’ve seen is that this helps a child to embrace their identity. I would argue that it actually raises a child ignorant of an important aspect of their identity. This style of parenting takes away the foundation of manhood and womanhood.

And for what purpose?

According to a 2016 study by the Williams Institute, transgendered people make up just over one half of one percent of the American population. And the transgender life is not an easy one. Tragically, the rate of attempted suicides within that community is 40% according to The Report of the 2015 U.S. Transgender Survey.

With the Massachusetts family, the mother is an engineer and talks of the gender stereotypes in her field, how it is often male-dominated. That’s probably true. But how does it help that to raise boys as if they’re not?

Gender comes from God. It’s fundamental to his creation of humanity. God made men and women and we are both created in his image. We should celebrate masculinity and femininity. Men and women compliment each other.