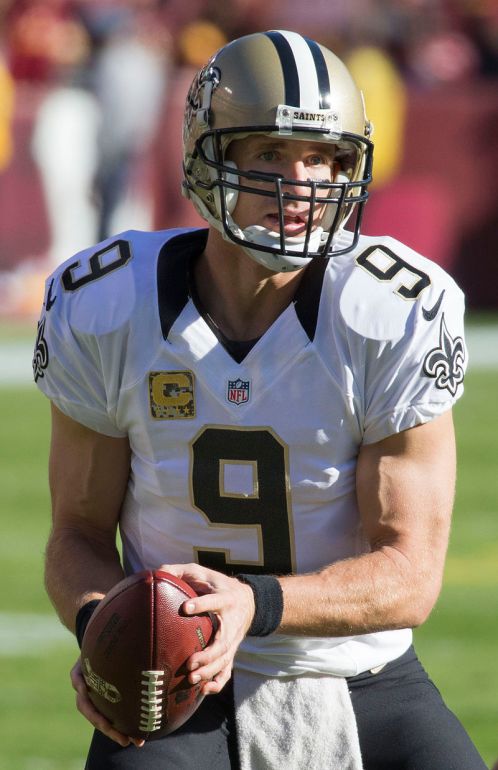 It’s incredible to think about what Drew Brees has accomplished on the football field. Last night, against the Washington Redskins, Brees became the NFL’s all time leader in career passing yards.

Sports radio show host Colin Cowherd brought up some of the adversity he’s overcome in his opening monologue on today’s program.

In high school, he blew out his knee his junior year.

As a senior, he only had two scholarship offers: Purdue and Kentucky, two schools known more for basketball than football.

At Purdue, Brees put up incredible passing numbers. He’s still the all time passing leader in the Big Ten (and second all time in touchdown passes).

Before coming into the NFL, Brees was considered undersized. He stood just 6 feet tall and came into the league at a time where a lot of prototypical quarterbacks were 6’3″ or bigger. But Brees was a trailblazer for future quarterbacks like Russell Wilson and Baker Mayfield.

Brees was taken as the first pick of the second round of the 2001 NFL draft. He had a successful stint in San Diego before the Chargers drafted Phillip Rivers. Seeing the writing on the wall, Brees left San Diego after the 2004 season.

Brees had his coach suspended for an entire season after the Bounty-gate scandal.

Through all of that adversity, Brees kept plugging along.

There are only nine 5,000 yard passing seasons in NFL history. Brees has five of them.

You can accomplish anything in life if you’re willing to work for it.

Last night, when Brees broke the record, his wife and four children were on the field to celebrate with him. He told them “You can accomplish anything in life if you’re willing to work for it. Alright?”

He knows it because he’s done it.

We have to respond to adversity by working hard, growing as people, learning from mistakes, and being opportunistic. It’s easier to make excuses than to take responsibility. It’s easier to settle than to strive to do great things.

I think that’s why we should appreciate what Brees has accomplished. Because it’s a reminder to us all that you can accomplish anything in life if you’re willing to work for it.

Thanks for reading! I’d love to hear what you think, and don’t forget to subscribe!
Josh Benner is the associate pastor at Cornerstone Evangelical Free Church in Fergus Falls, Minnesota and has a Master of Divinity from Trinity Evangelical Divinity School. He enjoys writing about faith and culture. He lives with his wife Kari in Minnesota.