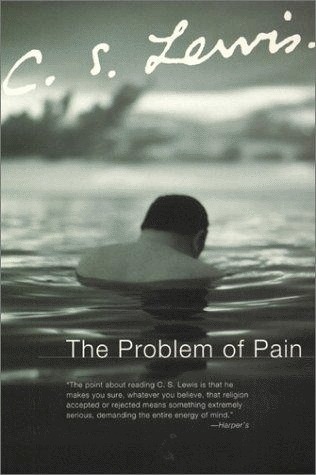 Originally published November 14, 2012 as “The Problem of Pain and C.S. Lewis”

Early in the book “The Problem of Pain,” in an analogy which is the epitome of the brilliance and humor of C.S. Lewis, he compares the relationship of God and man to that of a dog owner and his dog. It is for the dog owner’s joy that he owns the dog. It is not inherently for the dog’s joy. It is also so that the owner has another being that it can love. The master values the dog loving him too, but to mature the dog, there are things which must be done that might not always be pleasant for the canine. Being washed, trained not to steal, and the dreaded process of house training are all part of the process. But in the end, those unpleasant activities are for the good of the dog.

With his rapier wit, Lewis writes, “To the puppy the whole proceeding would seem, if it were a theologian, to cast grave doubts on the ‘goodness’ of man: but the full-grown and full-trained dog, larger, healthier, and longer-loved than the wild dog…would have no such doubts.”The book opens with a basic logical issue, questioning how God allows evil, arguing in a similar fashion to that of the 18th century Scottish philosopher David Hume that if God were good and almighty that he would be able to make man happy but that since man is not happy, “therefore God lacks either goodness, or power, or both.” One of the first major points made by Lewis is that evil is a natural byproduct of a world in which men have the a will to make decisions.

Could God overtake the freedom of man in an effort to prevent evil? Absolutely, and in certain cases, the Christian ought to believe that God does.

In the cases in which God does this, Lewis calls these events “Miracles, ” while noting that if these events were normative, it would eventually reduce man to beings without volition because to be human is to sin. “Try to exclude the possibility of suffering which the order of nature and the existence of free wills involve, and you find that you have excluded life itself.” In a world where people have desires, sometimes those desires can contradict the desires of other people and lead to conflicts. Sometimes those conflicts can lead to inhumanity and injustice.

Returning to the opening idea of this paper, God desires for man to become something more than he is, like the master training his dog or the artist meticulously working on his magnum opus. A major theme of this book is man’s inherent need for God. The ultimate good of man is to know God. There could be no other source of ultimate good in the life of man than God. If man’s life were continually blessed and full of worldly happiness, then man would find his source of meaning as something other than God, and in those times of victory and success, man might have scant reason to sense his need for God. But God can use pain to humble man and to reorganize his priorities about fleeting and worldly desires. “God whispers to us in our pleasures, speaks in our conscience, but shouts in our pain.” Lewis refers to this as “Divine humility” and argues that some pain can be gracious. Lewis might be onto something.

It seems so often that the times of greatest suffering can also be the times of greatest growth. “I have seen great beauty of spirit in some who were great sufferers. I have seen men, for the most part, grow better not worse with advancing years, and I have seen the last illness produce treasures of fortitude and meekness from most uncompromising subjects.” Lewis takes this line of thought a step further when he also brings up that suffering might not only help to mature the sufferer but also those to whom they have contact. Seeing others suffer can inspire great acts of love and compassion from other people.

In the book’s final chapter, Lewis discusses heaven as the ultimate source of relief from pain and suffering.

To me, the most striking issue discussed in this book is God’s ability to use pain for the good of people. Lewis certainly isn’t the first person to make this observation (a similar type of illustration compared to what Lewis gives is discussed in Hebrews 12:3-11). Lewis provides a number of analogies about how humans allow suffering and how we sometimes allow the greatest suffering to fall upon those we love the most because it can lead to the most good. As I look back on my own life, I can remember the worst experiences I’ve had to endure and how those events shaped the man I am today. This theme resonated with me.

As a matter of personal preference, I could have done without the chapter on animal suffering. I felt that it seemed non-sequitur compared to the argument which Lewis built in the book’s first six chapters and his further elaborations in the seventh chapter. Philosophically, I don’t feel that animal suffering is nearly as serious as human suffering and the possible reasons as to why animal suffering happens were conjectural to the point of me losing interest. I found the concluding chapter on heaven to also be speculative, but I found it more fitting. To be fair, Lewis mentioned in the preface of the book that his last two chapters were based more on his opinions than established theological doctrines.

Another criticism which could be launched is the lack of treatment on natural disasters. One could say, “Evil that is the result of human free will is one thing, but what about a hurricane or earthquake? Those evils are caused by God.”

It should be understood that on this side of eternity, there will never be a response to the problem of evil that will quell all of our inquiries about “why bad things happen to good people.” I don’t believe that’s what C.S. Lewis ever set out to do. But I do feel that his insights into evil and God can help to show that there can be a purpose for suffering, that God isn’t some sort of malevolent “pain-glutton” and that life on earth is not an end in itself. Lewis mentions in the book that he’s not trying to say that pain isn’t painful. Pain is something to be avoided when given the option. But a good God indeed could have purposes for allowing temporary suffering in this world. I feel that this is the ultimate point of the book. It’s not to explain the reason for God’s allowance of all particular types of pain at all times. It is to begin to show that God’s allowance of pain is not mutually exclusive with his goodness or power.

If Lewis can succeed in convincing a person that the contradiction is non-existent with the “lower” evils of this world, I feel that it begins to logically lead to an understanding that the same infinite God is the same being who allows the “worse” evils and forms of pain.

I feel that Lewis provides an invaluable treatise on the existence of pain. I think the subject needs eloquence and that Lewis delivers in that area. I feel that the problem of evil can, at times, be too quickly dismissed by merely stating that it’s because of sin and leaving the matter without further elaboration.

While evil was ushered into the world through sin, just that fact on its face, I feel makes the pain in this world seem disproportionate to the sins which the average person commits. I feel that Lewis begins to scratch the surface in terms of showing the full nature of human sin and depravity.