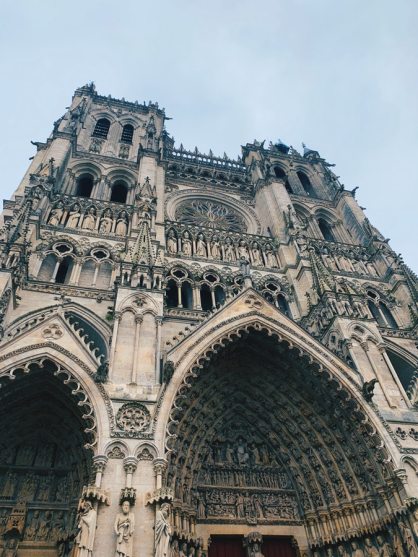 It’s astounding to me that people were capable of building such a magnificent structure so many centuries ago. Seeing comments from friends who have been to Notre Dame, they talk about how spectacular the building is. And I feel like we have a high bar for what amazes us in this day and age. Most of us have flown on airplanes and seen the world from 30,000 feet. With the internet, we basically have a world of information instantly accessible to us. We can video chat with people on the other side of the world in real time. Our cities are full of massive buildings. Through pictures and film, we can see the world.

But what would Notre Dame have been like to people who originally beheld the cathedral? I think it’s impossible to appreciate the awesomeness.

I see a metaphor for the church.

I think we can so often be so self-centered. We act as though the world revolves around us. But I think of those early artisans who first started the work on Notre Dame. We don’t know their names. But we know what they built. They didn’t get to behold the finished product, but they were part of something bigger than themselves. They served in building something great.

In the Bible, one of the major themes is the temple. And the temple is not just about a building, but it’s about where God is with his people. In the Old Testament, the wandering Israelites carried the tabernacle with them, which represented the presence of God. Once they entered Israel, they built the temple in Jerusalem which was the center of their religious life. At the advent of Christ, the temple came into the world. (In John 1:14, where it says “the word became flesh, and dwelled among us,” in the Greek, the word for “dwelled” more literally means “tabernacled” or “pitched a tent” among us). The presence of God in the world.

After the ascension of Christ, on the first Pentecost Sunday, the Spirit of God was given to the faithful. The Church is the temple, because of the Spirit of God in the people of God. And until Christ returns, we are called to build up the temple of God. We are to faithfully serve. We don’t see the finished product, but we know it will be something spectacular and beautiful. It’s not about what any of us are individually doing to build the temple, but what all of us are doing in building up God’s temple in the world. His Church.

It’s something bigger than ourselves, but something that we get to be part of because of God’s goodness and grace. And so the call for Christians is to use the gift that God has given us to serve him by working on building up his temple in our generation. 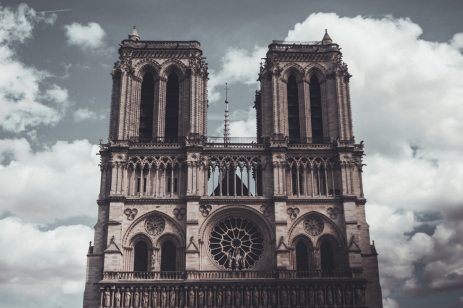